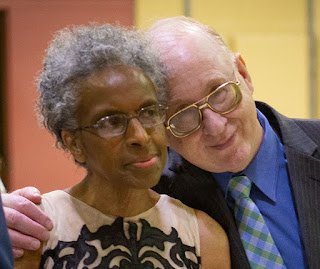 When I originally created OMS, I followed the pattern of and included most of the questions  from  the  paper  Matching  Application  available  at  the  time.  One question was about race. Because I wanted to make sure that everyone would be comfortable with the question asked, I went on the internet to find out the best words to use to describe someone’s racial origin.

When talking to a Caucasian sister a couple of years later, I was surprised that she was unhappy that the word “white” was used  to  describe  her  race.  I  was open to suggestions, but she had no good substitute. So, “white,” it stayed.

Throughout  the  years,  I  became  more  and  more  uncomfortable  about  this particular question, so I changed the “word” race to the words “Parental Heritage.” I thought that would work. It did for a while, but then the discomfort returned.

In  addition  to  my  own  reticence  about  this,  as  I  worked  with  many  different candidates  throughout  the  years,  I  discovered  that  many  individuals  would, unconsciously perhaps, begin to read a profile but stop after reading the answer to that particular question. That disturbed me....a lot.

At  the  beginning  of  2019,  my  colleagues  and  I  were  preparing  for  yet  another Online Matching Meeting, something we do four times a year for 1st Generation members as well as Blessed Children. While reviewing someone’s profile I was again reminded about the sensitivity of this particular question.  Right then and there I decided to simply eliminate it.

From the 1960’s to 1990’s True Parents chose our spouses, and accepting their choice was easy. Faith in God and True Parents was virtually all that was needed.  Today,  however,  those  choosing  their  own  spouses  need  to  also  have  faith  in themselves, something that requires a lot more personal effort.

Applicants  on OMS,  are  no  longer  asked  to  indicate  their  race  or  parental heritage. This question is entirely irrelevant in God’s eyes and, at this point in human history, should be irrelevant for us all. I believe that in the future, we will be proud of our own and others’ cultural heritages and be unafraid to answer questions of who we are. But today, some walls are still high.

Posted by Anne-Marie Mylar at 8:56 AM No comments:

My life as a Unificationist… A small discovery 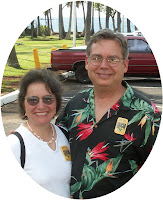 Today I was reading Nancy Hanna testimony in the book “40-years in America” and an idea came to me. My life in the Unification Movement did not follow the normal “Formula course” taught by our True Parents. I was in a business mission from day 1 of moving into the center in Paris and stay in a business mission until April 15, 2009, except for 9 months in 1974.

We rarely fasted, rarely did conditions that would impair our ability to work long hours for the business at hand. We work hard, but we were well fed, well cared for in many ways.

I have many times compared my life as a Unificationist to many others who went a quite different course and I wondered why mine was different.

I have always been healthy, but I was a tiny child. My mother was a mid-wife and took care of me and my sister very well. I think my physical body was more fragile than possibly the norm, especially when I was very young. I remember receiving special medical treatment because I was so small for no specific reason.

I think God chose my mission very well. If I had followed the formula course, I may not have survived it. God knew my abilities, my strength of character, and he gave me a job, that I could do. Working hard, well fed, medical care anytime I needed. I never thought like that before, but I think that might be the reason for my life in our movement.

Because of the business mission, I attended only a couple of Divine Principle workshop and that was it. My spiritual life was not nourished as much as some other members. I remember very well, how eager we all were when visited by an elder and spoken to about God, True Parents, and the Divine Principle. But that was so rare.

God knew I could handle that. My commitment to God was strong enough to handle the fasting of spiritual food. That is why I got the job I did as a Unificationist. At least that is one explanation.

Special Note: In April of 2009 I had cancer and required a lot of treatments. I could not work anymore and earned a living. That is when I decided that I was done with business missions. No more! I stop reading books for entertainment only. Every book I read from then on to today are connected to feed my spiritual life for the purpose of guiding humankind to God and True Parents. It is during that time, summer 2009 that the Online Matching System (OMS) was born. The following year, I connected with the Blessing Family Ministry (BFM) and have been working with them since.

With Love and gratitude, always,