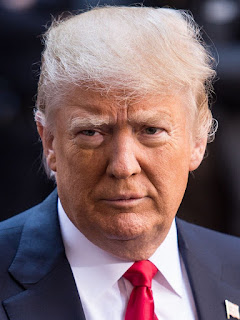 A self-centered man, not very kind to most people, intelligent, educated, bold, and not afraid. No one in our past American history would have chosen him as the leader of our country, but the times we live now are different. There is truly a spiritual war going on, a final show down between the forces of good and the forces of evil.

During the election process I did not know who our president should be, I did not feel a lot of qualifications for either of them – but I do not know everything. On the other hand, I trust that God does. Therefore, I simply pray that whomever God could work with the best, would be the person elected.

Since, Mr. Trump became president, I do not gloat, and I do not despair, I simply wait. Wait and see what will happen. No one can possibly predict, his next tweet, his next move, or his next words…
One thing I know for sure is our country, as is, today, needs a serious wake up call. We do not love ourselves, we do not respect ourselves as citizens of America. We behave childishly in many cases and do not respect the freedom that is ours. We mi-use it, we drag it in the mud, we do not even understand its value. Some of us think it will be there forever. It might be possible that God is using Mr. Trump as a wake-up call for us.

On the other hand, I also see many good people in our country. People who want to take responsibilities and are trying to do what they can in a non-reactionary way and in a non-violent way. So, as I said in my first paragraph we are in the final show down between the forces of good and the forces of evil, not just in this country but in the world, not just in this physical world but also in the spiritual world, and inch by inch – We are making progress towards heaven in both worlds.
Posted by Anne-Marie Mylar at 7:43 AM