Where was Gabriel and Michael? 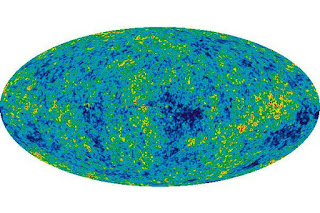 Where was Gabriel and Michael?
What were they doing?
Did they come and counsel Adam and Eve about their relationship with Lucifer?
The Divine Principle explained clearly what the act of the Fall of Man was, but that is only the last chapter of a very important story. What lead Adam and Eve to have a sexual relationship prematurely, when they were not ready and not capable of handling the responsibility of it? They were living in a world that was supposed to be very good with no evil. However, by the time they consummated the relationship evil was already very much there. It was too late.
What happened? I think it is important to truly understand this. It will help us explain the Fall of Man in greater details and will help us avoid repeating this most horrible mistake when we finally have a world centered on God once again.

The story behind the picture

NASA/WMAP Science Team
Date: 1964
Discovered by accident in 1963, the Cosmic Microwave Background Radiation is essentially noise left over from the creation of the universe. Dating back to just 380,000 years after the big bang, the CMB is a baby picture of our universe, and finding it was a triumph of cosmology.

Posted by Anne-Marie Mylar at 8:55 AM